The concept of making specially modified shirts with invisible zippers began in 2011 when Maryjane Namola, RN was approached by a family that had a 3-year-old son undergoing chemotherapy for childhood leukemia. The child became upset needing to remove his garments for each treatment. 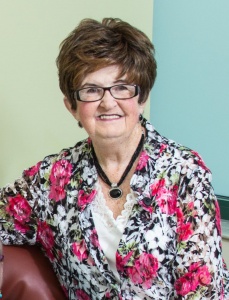 Mary Jane knew that a special shirt was needed, one that would allow access to the IV port without removing the patient’s shirt. She went to work designing a shirt with an invisible zipper sewn at an angle, at the shoulder.  Allowing the medical staff to access the IV port simply by unzipping the shirt.  The concept became an immediate success and Maryjane was asked to make more of the shirts.

In 2013 parishioners from the St John Neumann Catholic Church learned of these special shirts and began helping Maryjane by purchasing, cutting and sewing.  With the assistance of volunteers, the idea of ZipShirts grew into a ministry.  Since then, over 3000 shirts have been made and distributed to people undergoing chemotherapy in the Powhatan and Richmond areas, at no cost.  Our prayers go out with each shirt.

Each shirt costs approximately $10.00 to make.  Support from corporate and individual donors has allowed the ZipShirt ministry to grow.

Without the financial assistance of community-minded individuals and businesses we would not be able to give these special shirts to those in need.  Please consider making a donation to this worthy cause.